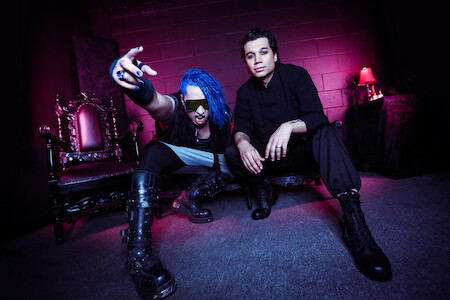 The 11 tracks of the new album Gen Z are based on dark realism. The lyrics travel between topics of despair, cynicism and reality that the current society faces in the wake of technology and social media, giving steps further on losing touch with humanity. Melodically, Gen Z is structured on deep orchestration and the long time lost “Wall of Sound” while rhythmically it explores new territory with a blend of “world sound”, “folklore” and “heavy metal” that encompass this post industrial noir sound.
Powerful guitar riffs, odd-time-syncopated drums, a heavy use of electronic sounds plus a clean and an electronic voice (without the use of any effects), are some of the striking characteristics heard throughout the album giving Zeistencroix their truly unique and deadly sound.