Three Eyes of the Void 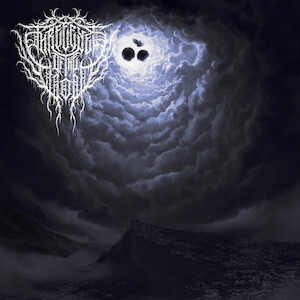 The story of “Against the One” is inspired by the theme of “Death of God”, a dramatic evolution of humankind which led to a sequence of tragic events of the 19th, 20th and 21st centuries.
Compared to the debut EP the music direction expanded into epic, atmospheric, melancholic, progressive, post-black-metal areas to match the scale of the story presented in lyrics.
Three Eyes of the Void is currently working in the studio on a LP to be released in 2023.
FFO: Secrets of the Moon, Der Weg Einer Freiheit, Wolves in the Throne Room, Harakiri for the Sky

Three Eyes of the Void started in 2014 as a one-man studio project after Dmytro Kvashnin left Balfor seeking a less deterministic and more experimental music with influences from other uprising sub-genres of black metal.
EP “The Moment of Storm” has been composed and recorded in 2017 with the help of Alexander Kasiarum on drums (ex-Joncofy) and mixed by Oleg Olgerd Rubanov (1914, Vin De Mia Trix, Kroda) at MuzProduction Recordings, Lviv, Ukraine.
In 2018 there was planned a release of a new LP and all instruments have been recorded as well as the mixing studio has been booked, however unsatisfied with the “soft” sound and undefined story, the release has been put on shelf until better times.
In late 2021 Dmytro met Arkadiusz Niziołek (ex-Sacrilegium) in Gdansk, Poland who convinced him to push on the release. Quickly after that Marcin Urban (ex-Sacrilegium) took over on the guitars and Jakub Milszewski joined on bass.
After the start of russo-Ukrainian war in 2022 Three Eyes of the Void decided to release the material as quickly as possible and with help of David Deutsch from 1408-Productions (The Hirsch Effekt, Heretoir) started working on new material for the LP to be released in early 2023.

EP presents a story of a confused individual trying to unite with a monolithic and chaotic water mass leaving the former human being behind. While facing the furious storm and receiving first welcoming insights about the water depths, the individual becomes disgusted and highly embarrassed with his own self as he is seeing more of how weak and vulgar the human is in the water mirror. The human walks away from the storm, as he thinks, enlightened, however in the end he just sees a distant storm.