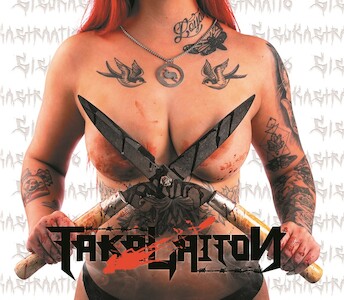 TakaLaiton was founded in September 2014 in Lappeenranta, South Karelia Finland.

Band's music genre is Melodic Thrash Metal, pure aggression and speed with catchy melodies. The band is known from their energetic and audience pumping shows.

The band has won local band competitions, but worth mentioning is national band contest Heavy Metal Heart-11 in 2017, where competed almost hundred of other bands across Finland.

The latest release is Double-EP with English And Finnish songs called "SisuKastraatio 1&2" which was released on the first of July (1.7.2019).
Disc 1:
1. SisuKastraatio
2. Pakkorako
3. Kehityksen Tielta Kuolet
4. Sydantalvi
Disc 2:
5. Construction to Destruction
6. Backstab Society
7. Hail to the Hurricane

TakaLaiton has toured across Europe in such countries as Czech Republic, Hungary, Romania, Croatia, Estonia, Slovakia, Serbia on their two European tours (2017, 2019) and also they have played in Russia on 2017.

TakaLaiton has also build up their own small metal-festival KontuMetal in Lappeenranta since 2012.
In 2018 KontuMetal was a whole day festival with 10 bands.