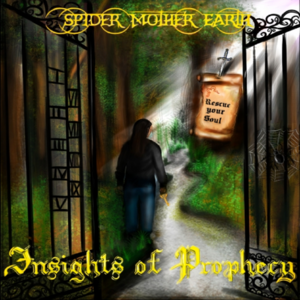 Spider Mother Earth journey began in 2017, in Lisbon (Portugal) with the creation of the first compositions of the themes, combined with the roots and musical influences, faithful and passionate of Hard Rock and Heavy Metal of the golden years, making these styles, the main base/influence on the instrumental, but with my personal vision and expression.
The lyrics are mainly directed to positive, towards the mental well-being of the Human Being, among multiple concepts that I like and see myself as philosophy, spirituality and my personal vision, about society and the implanted system.
Spider Mother Earth is a solo project, with the aspect and component of adaptation very present in the vibe of a band, composed by Carlos Falé.
As a result of his study and acquired experience, developed over the years, both in the studio and on stage, he became a multi-instrumentalist, composer, lyricist and vocalist.
Until the present date, it has materialized and accomplish:

For you, who are reading now:
The dream commands life,
Life is a journey made of choices,
The path of your destiny depends on you.