Albouš - Where are you from and what attracted you to the Czech Republic?
G.D. - We are from Germany, around the souths of Germany, called Garmisch-Partenkirchen, and our guitar players are from Frankfurt. And we love to play in the Czech Republic because you are really good fans. They always follow bands all over the years and after few years of a career we're really excited to come back again after the pandemic. Albouš - Who had the idea to create the band?  Did you know each other from earlier times or did you meet cuz of the band?
G.D. - The idea was to create a band to make some heavy metal music, we were young, hungry and I was eighteen years old when I formed the band.

Albouš - What was your first song that you made as a band?
G.D. -The first song I ever wrote with Grave Digger, I think it was a cover version of the Rollings Stones, Two Thousand Lightyears From Home.

Alan - You've had a lot of shows here, both at festivals and concerts.  Let's take it a little more extensively.  About how many festivals have you attended?  And which festivals were the best for you?  Or which one do you remember the most?
G.D.  - Yeah, we played festivals and also a lot of shows during our tours. I remember one show in 1990, it was before Excalibur release, I don't know the name of the festival, but I think we were the only heavy metal band there. It was a new destillation of spirits and around a festival were so many damaged cds and all of that, it was really crazy. 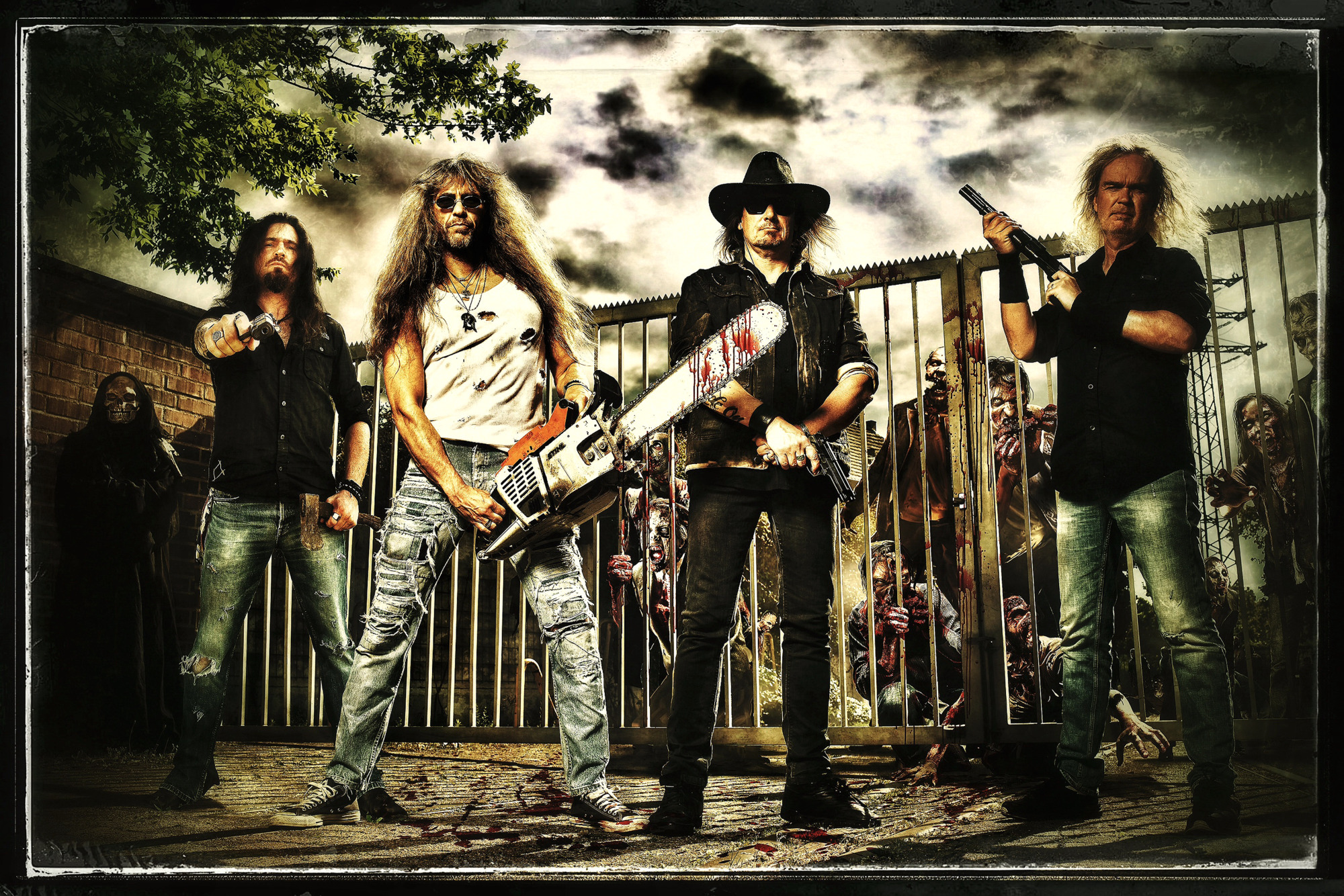 Alan - Other than concerts And festivals.  Maybe a holiday or a weekend, have you been to the Czech Republic?  And which cities or places did you like the most?  And why?
G.D.  - No, I was never on a holiday in the Czech Republic, I was only there with Grave Digger on festivals, or singing shows, or maybe tour. So, perhaps in the future.

Alan - At the end of July you play at Fryyfest.  How did you get to this already famous festival?  Do you know anything about this festival?  And what will you bring to Fryyfest?  Show, new songs?  Any surprises?
G.D.  - No, we don't know anything about this festival, but we would play definitely two songs from our last album, it will be also the best offset. Anyway, we will play some older stuff, some classic metal stuff, and also some songs from the last album.

Alan - What festivals this year are the most important for you to be a part of?
G.D.  - This year, it was no festivals so far, so I have no idea, this is a first festival, that Fryyfest.

Alan - You have another album planned for 2022. At Napalm records you are releasing old albums on vinyl this year 2021.  Are Fans looking up to the new album?
G.D.  - We planned an album for 2022 definitely and it will be coming on Roar records , that's a label from Greekandia, and we are really really happy that it was set.  And it will be released on the 26th of August in 2022.

Alan - Trips to a concert or festival tend to be long.  How do you shorten a long time?  Boredom.  And do you listen to any music?  Whom?  Or do you repeat the songs you play?
G.D.  - Hm, when we're waiting for a show like a festival, we're sitting on that festival like around, and eating, drinking some stuff. And we're chatting about the future, talking loud, cause we don't see each so often, and we're talking about a future plans, and how we will do the show and yeah, if you don't see someone for a time, you have a lot of things to talk about.