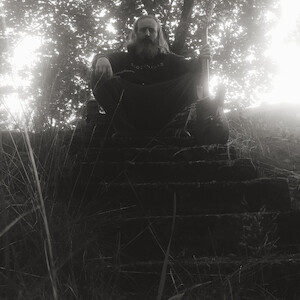 The running time is some 75 minutes divided over 13 tunes.
Written and recorded in a manically creative period from January 2018 until this summer. Mad fun, a grand hairpulling learning experience and certainly an obsession of the mind. Christian Ludvigsson is proud over these songs as far as composition goes but truth be told, right now he is only feeling emptiness, something he is combatting by writing a second album and beginning this process anew. Makes sense right?

Band bio:
Eigenstate Zero was initiated in January 2018 as a consequence of boredom after strength training joint injuries, I basically had to find another hobby and music is something that I have been creating from time to time throughout life so I picked up the guitar and started writing.

The next day I dug up my old stationary computer, installed Cubase on it and proceeded into the wilderness of the internet and ordered some gadgetry, and voila, a DIY studio was born. And this is indeed a studio project and will never be anything else. Trying to learn production has become almost a daily chore but is certainly also a big part of the creative process.

I use all the bells and whistles I can get my hands on to make the sounds that forge Eigenstate Zero. It certainly is not an organic process but it sure is fun.

So between January 2018 and June of 2019 I wrote and recorded 13 songs that now is about to be released under the predicament of Sensory Deception.