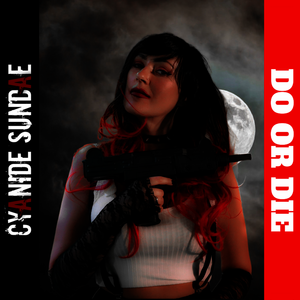 CYANIDE SUNDAE Release New Single & Official Video For ‘Do Or Die’
Cyanide Sundae – Do Or Die
Format: Online Single/Official Video
Genre: Hard Rock | Metal
Released: 16.11.19
UK alternative hard rockers Cyanide Sundae have released a new single and official video for a brand new, previously unreleased track Do Or Die. Vocalist & guitarist Paul said; “The song, lyrically, is inspired by a quote from Russian novelist Aleksandr Solzhenitsyn that I stumbled across one day. ‘The battle line between good and evil runs through the heart of every man.’ Such a powerful statement. I then thought about all of the warmongering, self-serving, evil, corrupt higher powers of this world and the rest of the song wrote itself!”

Drummer Kev continued; “The inspiration for the video was to basically make something very different from the norm, a mini film that portrays what most people in this country would like to see.”

Do Or Die | Released November 11th, 2019 on Sliptrick Records