Confessions Of A Traitor 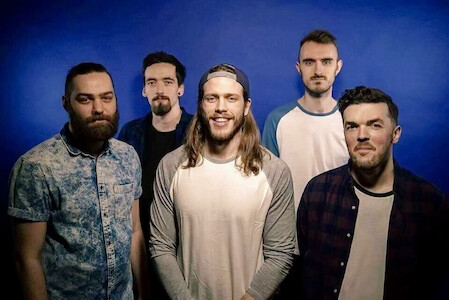 “Loss is an unfortunate part of life, the damage of losing someone so young to cancer is irreparable. Strength is often born in the silence of suffering. Myra aims to spread the message that even in the darkest of times your faith can help you to carry on.” says Confessions Of A Traitor vocalist Stephen MacConville of the new track that is lyrically very personal to him. “In terms of the video we wanted to show that even with loss that person will always be with you, in your thoughts and the decisions you make as a result of the impact of their life on yours,” he adds.

Myra is the third track to be released from the band’s upcoming debut album Guided which is out on 18th October via Sliptrick Records. The 12-track record was recorded, mixed and mastered by Myroslav Borys of Jigsaw Audio in Derby, England.

The album is a musical exploration and a refinement of the band’s journey so far, filled with the energy of their live performance, raw heaviness, and the soaring melodic sing-along hooks that the band has gained notoriety for. Lyrically, it is an expression of the positive elements of our dark psyche and the trials that we all eventually have to endure.

The band’s intention with Guided is to spread the message of belief and self-worth, and leave the listener knowing that there will always be hope. Guided is currently available to pre-order from Shop Sliptrick …here