BAD BONES Give Us ‘American Days’ 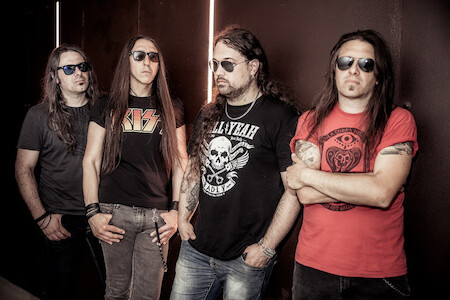 Italian hard rockers Bad Bones have released their first official video from their forthcoming album High Rollers, to be released via Sliptrick Records on October 23rd. The track is American Days and features the band travelling and messing around on the road as well as live footage from last years show at the world famous Whisky A Go Go.

Bad Bones – High Rollers
Hard rock heroes Bad Bones are set to unleash their fifth album High Rollers worldwide via Sliptrick Records on October 23rd. It’s a no compromise, tough and heavy record that will literally shake your bones. If you can imagine Van Halen, Scorpions, Mororhead and a glimpse of Iron Maiden mixed together, you’ll be getting close to the unique sound of Bad Bones. Read more about High Rollers …here